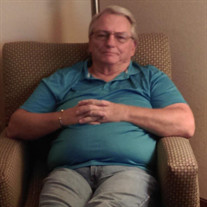 Gurry Michael L. Gurry, age 78 of Beverly Hills, Florida, died Monday, April 11, 2022 in Lecanto, FL. He was born December 20, 1943 in Detroit, MI, son of Irving and Helen (Yaskow) Gurry. He worked as a Electrician for IBEW Electrical Workers Local #58. Mike loved his cars, he was active in two car clubs, the Citrus Vette & Camaro and the Citrus County Cruisers. He was love by many and was the type of guy who was always willing to help anyone who needed it. He was also an avid Detroit sports fan who cheered on the Tigers, Red Wings and Lions. Mike also traveled to meet the Detroit Tigers' plane at the airport upon their return after winning the World Series. He was preceded in death by his parents and is survived by his wife, Elaine Gurry of Beverly Hills, FL, children: Suzanne (Scott) Gurry-Revord, Lisa Gurry Boyd, Michael C. Gurry, Step Children, Jerry (Maxine) Sorensen, Valerie Sorensen, Dana (Todd) Meyers, Vance (Laura) Sorensen, Lainy (Juan) Orta, granddaughter, Emily Revord, 19 step-grandchildren, 6 great step-grandchildren, sister Nancy (Dick) Harvey and numerous nieces and nephews. Online condolences may be sent to the family at www.CremationCenteroftheNatureCoast.com. A Celebration of Life is planned for the latter part of May.

The family of Mr. Michael L. Gurry created this Life Tributes page to make it easy to share your memories.

Send flowers to the Gurry family.